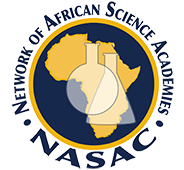 AdminNovember 13, 2019On the Spotlight

Agriculture  is  critically  important  for  African  societies  and  economies,  but  ensuring  food  security  for Africa’s  growing  population  is  a  major  challenge  due  to  climate  change,  structural  changes  in  land use and management, and intensification of agriculture, including the use of pesticides. Of particular concern is a group of insecticides called ‘neonicotinoids’. These pesticides render all parts of a plant toxic to all insects and are highly water soluble, meaning they contaminate the soil and water bodies. Therefore they expose all insects and also other organisms to toxic substances. But not all insects are pests. Insects provide a broad range of important ‘ecosystem services’, such as pollination, soil development, and natural pest control (where some insect species keep others in check), and are an integral part of sustainable agriculture.  Neonicotinoid  insecticides have  been  shown  to  contribute  to the loss of ecosystem services from pollinators and other insects in Europe and elsewhere, and several of  them  have  been  banned  in  the  EU  and  other  countries,  due to their harmful  effect  on  beneficial insects.

The  InterAcademy  Partnership  (IAP) and the Network of African  Science Academies  (NASAC) collaborated  in  a  study  to  examine  the  implications  of  neonicotinoid  insecticide  use  for  ecosystem services and  sustainable  agriculture  in  Africa. The study was conducted between October 2018 and October 2019 and involved two workshops with leading expert scientists from 17 African countries, as well as an extensive review of relevant African research. This activity was stimulated by a study on the impact  of  neonicotinoids  on  agriculture  and  ecosystem  services  in  Europe  by  the  association  of  the National  Science  Academies  of  European  Academies’  Science  Advisory  Council  (EASAC),  which contributed to subsequent legislation to ban neonicotinoids in Europe.

Maintaining  the  biodiversity  that  supports  ecosystem  services  such  as  pollination  and  natural  pest control is critical to the sustainability of African agriculture, to ensure food security and its contribution to African economies and supporting rural communities. In addition biodiversity provides resilience against climate change and other environmental pressures.

This study concludes that it is urgent to act now to prevent further deterioration in the sustainability of African  agriculture  and  in  African  biodiversity  from  indiscriminate  and  preventative  use  of neonicotinoids.  While  the  focus here is on  the  neonicotinoid insecticides, alternative  insecticides  that deploy  the  same non-selective  neurotoxic  effects are already entering the market  and  should  be subject to the  same level  of  scrutiny for potential side effects on non-target organisms and the ecosystem services they provide.

Among the recommendations put forward in the report is that national governments and international funding  agencies  should substantially  strengthen  the  provision  of  research,  advice  and  training  on sustainable agriculture in national  agricultural  research  institutes  and  extension  services.  Better coordination of existing scientific resources, including development of regional centres of expertise,  is needed  to  support  development of policies protecting  ecosystem  services  and  the  sustainability  of African agriculture.

There are significant opportunities now to act on existing knowledge about the harmful effects of neonicotinoids, to protect ecosystem services and thus African biodiversity and agricultural sustainability. This review urges further scientific and political engagement with the issues raised, and for development of solutions at national regional, and continental levels.

Neonicotinoids are active substances used in plant protection products to control harmful insects, which means they are insecticides. The name literally means “new nicotine-like insecticides” and they are chemically similar to nicotine. When neonicotinoids are applied to crop plants, all parts of the plant become toxic to insects, including pollen and nectar. This means that all insects consuming parts of the plant are harmed, including honeybees and other pollinators. Neonicotinoids washed into the soil or water bodies harm all insects living there.